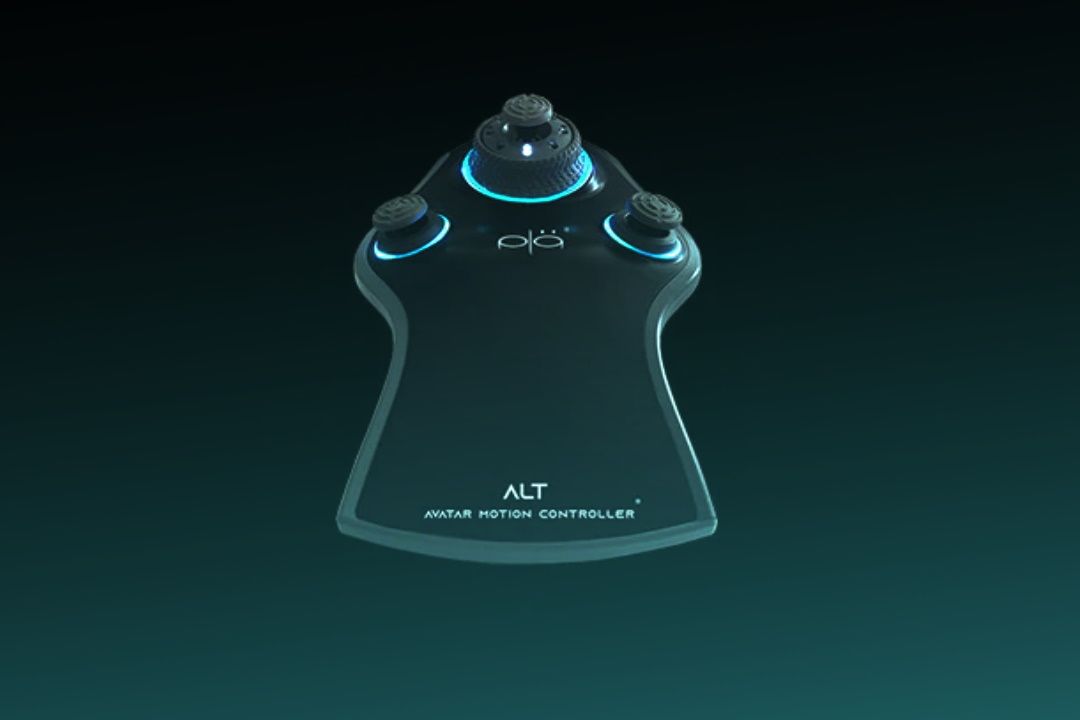 I’m not alone. There are dozens of us controller lovers in the PC gaming scene but it often feels a bit taboo in this mouse and keyboard dominated world. Gaming ergonomics are however a pretty serious issue, with many alternatives like this 3D printable keyboard on offer. Like most products that seek to solve this problem, it’s still very much a keyboard, rather than a controller. Thankfully, former Razer designer Edward Larkin is looking to bridge the gap with something in between the two.

Spotted by GameRant, the Alt Motion Controller by PLA Labs is definitely one of the more unique looking peripherals I’ve seen in a while. Though it replaces a keyboard, it doesn’t have any keys, and instead features a three joystick design with a programmable analogue wheel. One joystick is positioned in the front centre, acting as the primary control with the other two below and off to either side. The analogue wheel, which can also be used for driving games, is around this primary stick and everything is reachable with one hand. It’s also ambidextrous, so it doesn’t matter which hand that is.

The idea seems to be mostly that keyboards weren’t really ever made for gaming. They were originally made for typing, so having a bunch of letters laid out makes sense but not so much when you think about moving a character around a screen. That being said, PLA Labs states that this is actually faster than typing on a keyboard so maybe they’re not just coming for our gaming peripherals.

Despite being a pretty huge leap from what most of us are used to, PLA Labs claims the controller can be learned fairly quickly, even for those with years of muscle memory in keyboards. Because there’s no need to move the fingers or hand to a specific location, there’s less to remember making for a hopefully intuitive experience. It’s a bit hard to believe, looking at the thing, but I’d be keen to give it a try. I doubt it can make my aim any worse.

If it works as advertised, the PLA Labs Alt Motion Controller is looking to make a change to the keyboard and mouse stronghold on PC gaming and I’m here for it. This controller looks like it could be wonderful for accessibility needs, and might even help folks like me with RSI. The Alt Motion Controller should be available later this year, and is looking to retail at $250 USD which is about the same as a higher end gaming keyboard it could be looking to replace. Next post System76 refreshes Kudu Linux laptop with Ryzen 7, up to 64GB RAM