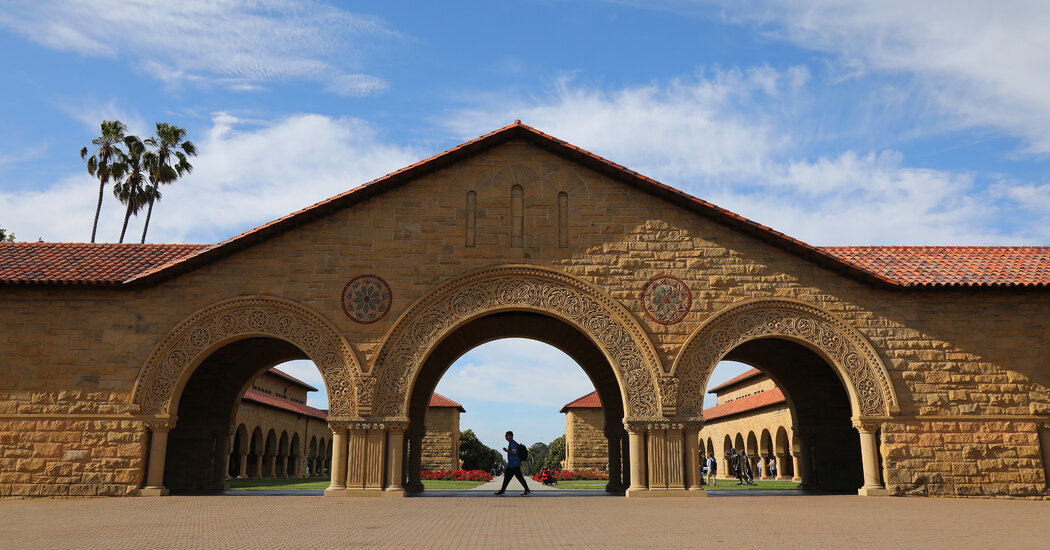 A former Stanford University employee and her brother were sentenced to federal prison terms this week for their roles in a scheme in which hundreds of laptop computers were ordered on behalf of the university but sold for private gain — thefts that cost the institution millions of dollars over several years.

The woman, Patricia Castaneda, 38, who worked at Stanford’s School of Humanities and Sciences, was sentenced in U.S. District Court in Sacramento to 33 months in prison and ordered to pay more than $4 million in restitution, the U.S. Attorney’s Office for the Eastern District of California said in a statement on Monday.

Her brother Eric Castaneda, 37, who helped sell hundreds of the laptops, was sentenced to 18 months in prison and ordered to pay nearly $2.3 million in restitution.

Starting in 2009 or 2010, Ms. Castaneda used her position to buy new Apple MacBook laptops that she claimed were for faculty and staff members, according to a plea agreement filed last month.

In fact, prosecutors said, she sold the laptops for cash after they were delivered to Stanford. Until 2016, they said, she sold them to a person she met on Craigslist. Later, she began giving them to her brother to sell, the U.S. attorney’s office said.

It was not clear how or when the siblings were caught or what specific position Ms. Castaneda held at Stanford. A spokeswoman for the U.S. attorney’s office said on Wednesday that she could not provide additional information.

Ms. Castaneda, of Redwood City, Calif., pleaded guilty last month to a charge of federal program theft, for which the maximum penalty is 10 years in prison and a $250,000 fine, according to the plea agreement.

Her lawyer, Robert M. Holley, did not immediately return emails or phone calls on Wednesday, but he wrote in a sentencing memorandum that his client “truly did not understand the gravity of her actions.”

It was not clear when Ms. Castaneda stopped working at Stanford, but Mr. Holley wrote that she worked there for 12 years and later worked as a restaurant hostess “throughout the Covid-19 pandemic.”

Ms. Castaneda’s brother, also from Redwood City, pleaded guilty last month to a charge of conspiracy to transport stolen property and had faced a maximum penalty of five years in prison and a $250,000 fine, according to his plea agreement.

Mr. Castaneda sold around 800 of the laptops to Philip James, 35, who pleaded guilty earlier this month to selling stolen MacBooks that he had purchased from Mr. Castaneda and several others, according to the U.S. attorney’s office.

Kresta Daly, a lawyer for Mr. James, said in a statement on Wednesday night that her client “deeply regrets his conduct.”

Representatives for Stanford did not immediately return emails or phone calls seeking comment on Wednesday.