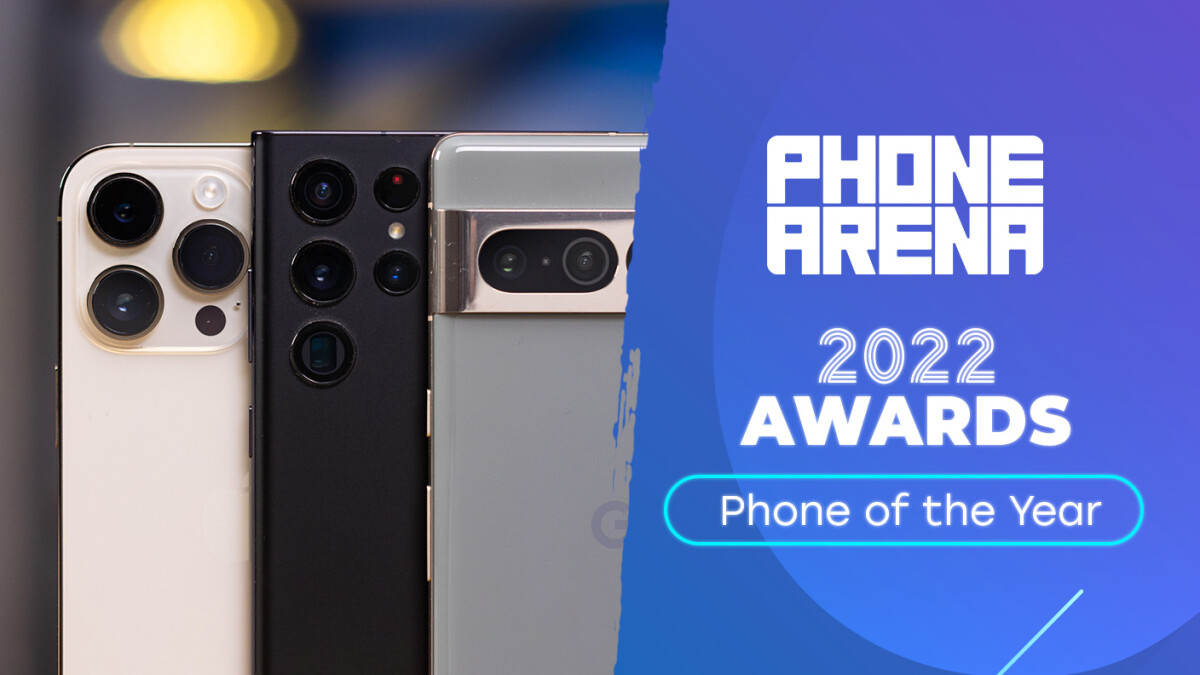 Herbert
As the year draws to a close, it’s time for our PhoneArena 2022 Phone of the Year awards and this year we have expanded our scope and including some exciting new categories!

We are selecting the best devices across eleven different categories to highlight all the exciting aspects of the smartphone market. The results you see below come from the PhoneArena team as a whole after quite a lot of deliberation and an internal poll, but even if we name just one winner per category, in some of those categories the battle was incredibly heated and in those categories we are also naming the other devices that came close to winning, but didn’t.

Inevitably, each one of us has their own preference: some like bigger phones, some — smaller, some value a long software update cycle, other just carry about a lower price, and on and on. So personal bias surely has some role to play in each one of our votes.

But at the end of the day, the best smartphone is not just about specs, it is also about the experience of using it and the actual joy. So with no further ado, these are the winners of our PhoneArena 2022 Phone of the Year awards, read on!

We start with one of the most contested categories, the one for best innovation.

This category rewards a particular innovative feature and the company that created it.

This year, the PhoneArena team vote goes to the Dynamic Island, the new feature that Apple introduced with the iPhone 14 Pro series in September.

The Dynamic Island came out of the blue, it wasn’t mentioned in the leaks about the phone and no one really expected it. It makes a surprisingly good use of the otherwise wasted space around the Face ID system and animates it in clever and fun ways that augment your smartphone experience. Playful and fun, it wins this category.

However, we also ought to mention three other contenders that were competing for this award and received many votes:

It seems that everyone has their own idea of what makes great design and that is why this category was also incredibly contested, but among all of the opinions, one phone emerged victorious and that was the Nothing Phone (1).

Nothing is the only new phone maker in the smartphone business this year, and we suspect that it will be even tougher for new companies to enter the smartphone space in the future. So Nothing really needed something to stand out in this incredibly crowded and mature, 15-year old market.

And the Nothing Phone (1) was just that. Nothing placed its bets on a 6.55-inch phone size that is considered the “golden middle”, neither too gigantic, nor too small, it used a flat screen which many prefer over a curved one, but above all it brought a truly exciting new design language with exposed components that you could see through the transparent back of the phone and a whole system of LED lights that would blink differently with every notification or call. Hats off to Carl Pei and the team for pulling it off, and we can’t wait to see the Nothing Phone (1) arrive to the US market in 2023.

We also have to mention one more device that pushed the design envelope this year: the Xiaomi 12S Ultra. With a faux-leather finish that feels extremely nice and a gorgeous round camera system, this phone has that retro camera look that many people loved too.

Alright, we have to admit it: as the smartphone market matures every year, innovation is not quite as rampant as it was in the early days and many of the phones from last year are still perfectly relevant.

But if we had to pick one phone that we would still be using in 2022 without a second thought that would have to be the iPhone 13 Pro Max. Apple really pushed the envolope with the 2-day battery life on the 13 Pro Max, and it remains an absolute favorite among most of us. Except those who prefer a smaller phone of course, but those people seemed to vote for either the iPhone 13 Pro or regular iPhone 13, which also received welcome battery upgrades.

Finally, the one phone that Apple killed, the iPhone 13 mini, was also a close runner up in this category, but the big award goes to the iPhone 13 Pro Max.

There are a few companies that make specialized gaming phones, but one has really stood out this year and this is Asus with its ROG Phone 6 Pro.

The budget phone space is probably the most crowded in the phone market, but this year there was one company that just pushed its way to the top and won this by a landslide.

And this was Google with its incredible Pixel 6a.

It is one of very few budget phones with a flagship chip (the Tensor G1), and it’s got an incredibly powerful camera system on board two. Add solid battery life to that, and a clean and zippy Android build, and you’ve got yourself a winner. And Google is planning to release an even better budget phone in 2023! Can’t wait for that!

(Image Credit – PhoneArena) Few companies dared to make truly compact phones in 2022, but Asus was one of them

After the unfortunate discontinuation of the iPhone 13 mini, we were left without a truly small phone on the market in 2022. Almost!

Because Asus launched a shockingly good Zenfone 9 out of the blue and this phone has easily won this category, winning the hearts of the team.

It makes no compromises, it comes with a flagship processor, it’s plenty fast, has a gorgeous screen and truly outstanding battery life (which is commonly a pain point for smaller phones). Great job, Asus!

(Image Credit – PhoneArena) Flagship chip and camera in a sub $800 price? The Pixel 7 won in a landslide

Well, Google thought it could and it did! The $600 Pixel 7 is as affordable as flagship phones get and not really compromised in any significant way. It’s got a top-tier chip, top-tier camera, and the usual clean and enjoyable Google software experience. Win-win-win.

Foldable phones were new a couple of years ago, but now they are withing reach of many more people and the reason for that is… Samsung. The company almost single-handedly created and develops this form factor, and the Z Fold 4 easily wins this award. It’s improved in every way and it is the best foldable phone for most people in 2022!

Sure, we had a few note-worthy new arrivals. The Oppo Find N was a limited launch but it almost completely removed the crease in the middle! Exciting!

The Xiaomi Mix Fold 2 was shockingly thin and innovative, but it was the Galaxy that had the effortless multitasking software and speedy performance that wins this one.

(Image Credit – PhoneArena) When it comes to camera, our team favored the ease of use and the combination of great photo and video quality on the iPhone 14 Pro series

Did you know that cameras are the number one reason why people upgrade their phones?

But most of the votes on the team still went to a slightly… boring camera phone. The iPhone 14 Pro wins this, and let us explain why. We can agree that quite a few phones these days can actually capture slightly better photos than the iPhone, Apple provides a unique combination of ease of use for the camera system, very fast camera speed, reliability, and video quality.

While some phones excel in a couple of these areas, the iPhone 14 Pro feels like it provides just enough in all of them to win this category.

Just two years ago, it seemed like Google was ready to give up on its phone endeavor completely. It launched just one phone, the Pixel 5, and it was a likable mid-ranger, but nothing to compete with the big names in the industry.

It turns out, Google was preparing for something bigger, and all those preparations and all that work finally comes together in the Google Pixel 7 Pro. The Pixel 6 series were a start, but a flawed one with a buggy software, sluggish fingerprint scanner and missing essential features like face identification. All of that is finally fixed in the Pixel 7 Pro and the phone is refined in all the right ways. The Pixel 7 Pro gets our most improved phone award for 2022.

When it comes to Android phones, one phone stood out: the Galaxy S22 Ultra.

Most people on our team agreed that this is the best Android phone to buy this year, mentioning just how capable and versatile it is. The powerful chip, the large screen, its multitasking capabilities, the design, the battery life and the screen quality all come together in this super powerful package.

Let’s not forget that the S22 Ultra is unique in the space with its built-in S Pen, which allows you to quickly jot down a note or draw something, and many people love this feature.

Finally, we have the smartphone of the year award. This is the ultimate award, the do-it-everything phone, the best out there.

And just because of that, it was an incredibly contested category, but at the end of the day, the overall polish and refinement of these phones granted them the win. This one goes to the iPhone 14 Pro and the iPhone 14 Pro Max.

Apple continues to lead the industry when it comes to performance and speed, it has arguably the most user-friendly and snappy camera, it has the battery life, and unlike many others, it offers its flagship in both a large size and a smaller size. Sure, it lacks quite a few exciting new features: it is a bit slow to charge, it doesn’t have a periscope zoom camera, it doesn’t have an S Pen, it’s quite pricey (especially outside the US), but it remains the dominant force in the industry and gets the win in this category. 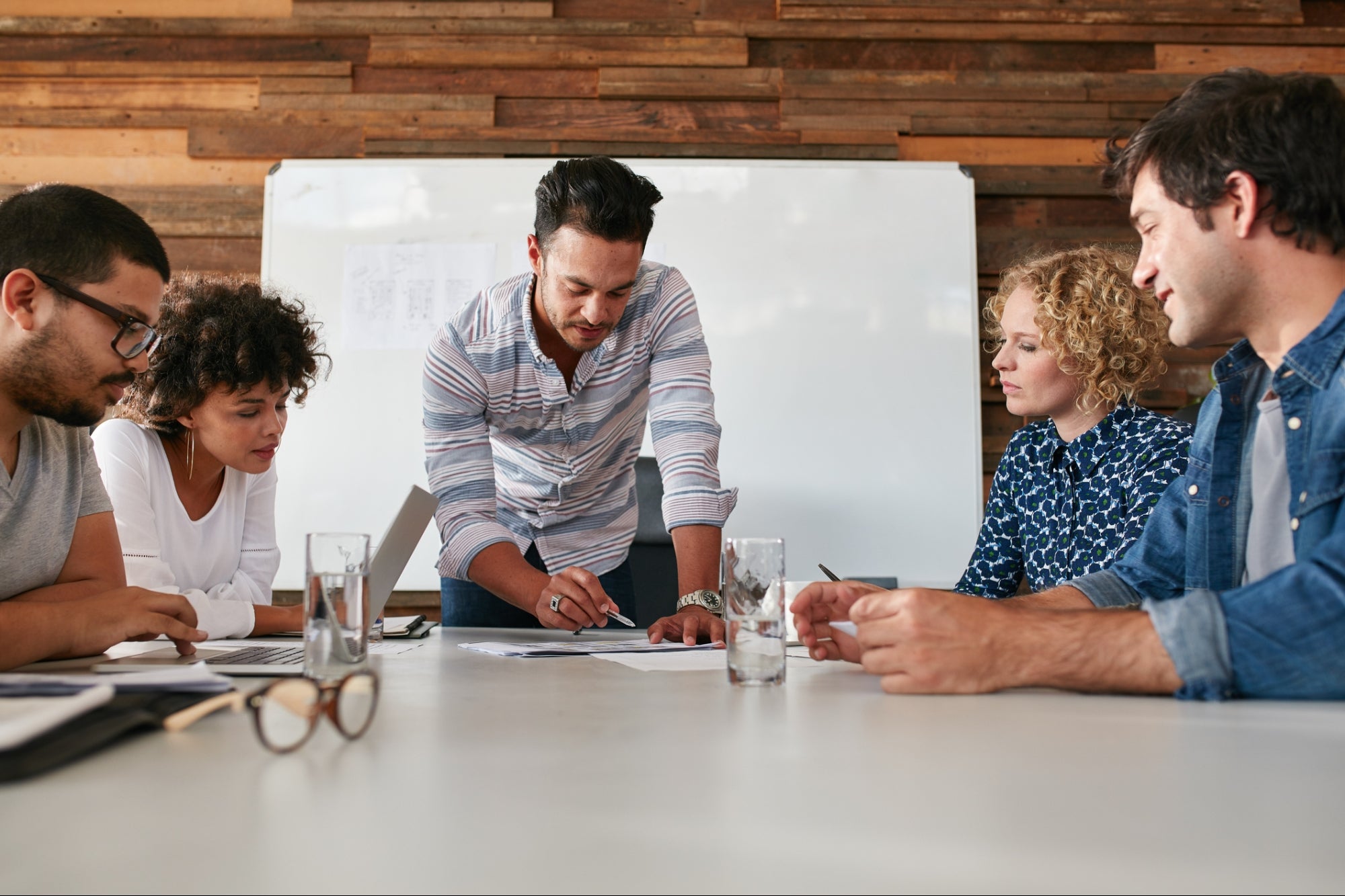 Previous post When and Why Should I Hire a Marketing Agency For My Small Business? 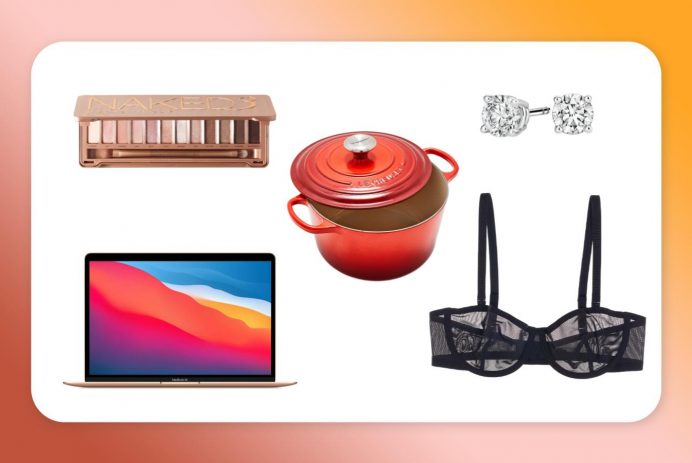