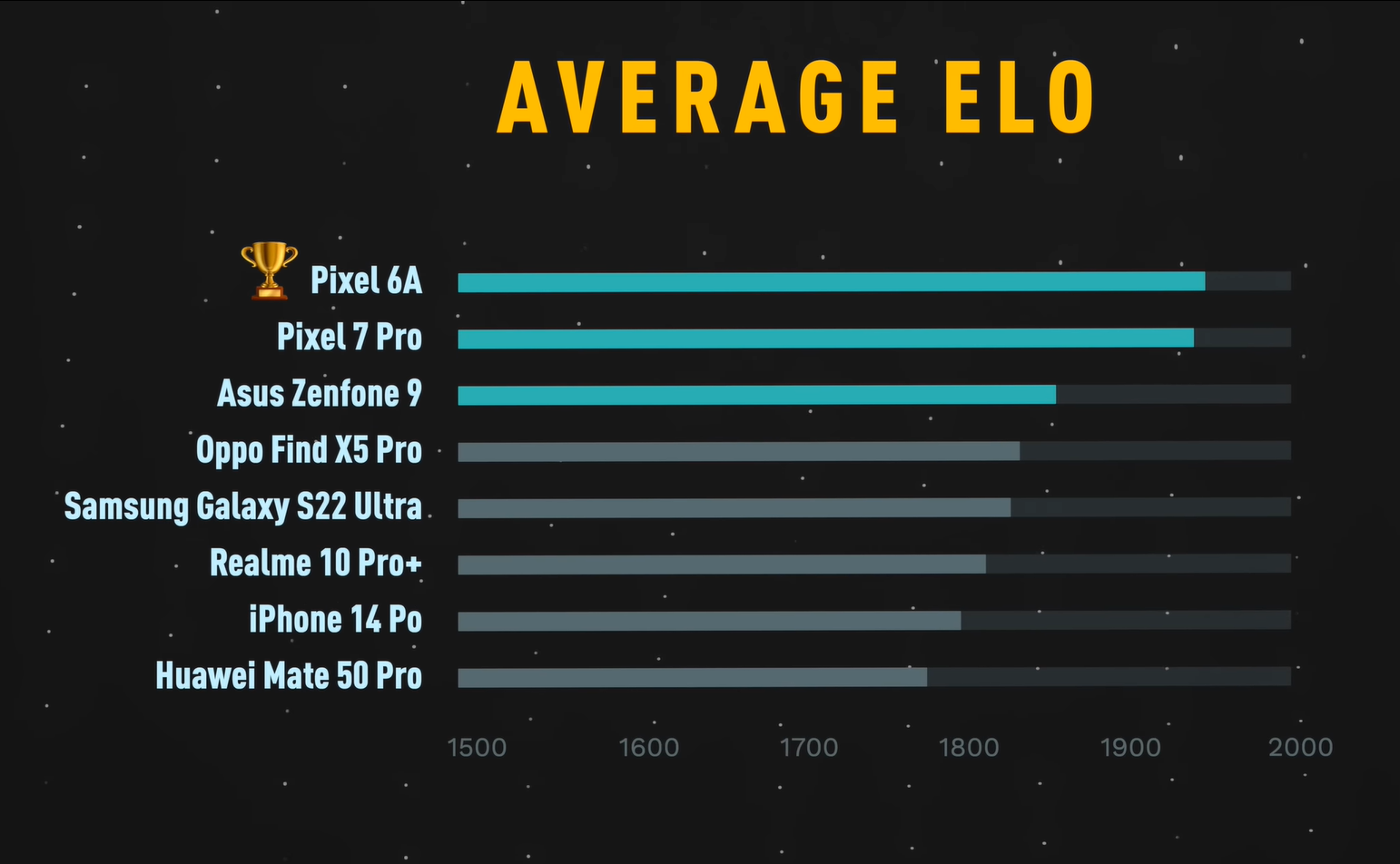 Herbert
One of the greatest incentives for purchasing a new smartphone in today’s day and age is linked to having a great camera.

Users are on the lookout for a device whose smartphone camera entails all the features that give crisp and clear results and are similarly convenient to use across the board. So which device reigns supreme? Was it the ever-so-popular iPhone 14 Pro or not?

Well, it’s thanks to experts like MKBHD who recently launched the fun blind smartphone camera challenge that’s a usual and enticing offer taking place each year.

The test is dedicated to finding the best precision system for cameras out there today, not to mention the greatest or most dedicated websites for hosting, and more.

This year, we saw the likes of over 21 million votes cast and it’s safe to say that the Apple’s iPhone 14 Pro did not do as well as many had hoped for.

The competition was tough and MKBHD really leveled up his game, making sure the ranking system was based on Elo-style power technology that was seen being hosted across a dedicated webpage.

A total of 600,000 people had their say in terms of the best images and impressive outlook of data used to bring about the best results. But even before the votes had been cast, participants were questioned about if they wished to make comparisons based on the classic low-light images or those that were more portrait styled from a wide range of 16 smartphone devices.

The voting is actually still open until the end of January 2023. Hence if you are still looking for ways to cast your vote, well, you can figure out which is the best offering in terms of smartphone cameras for you too.

So who won or shall we say, who led the pack of results in the test so far?

For starters, we can say that the iPhone 14 Pro is faring pretty mediocre as it comes in the middle of the pack’s listing, taking the 7th position. First place went to Pixel 6A while the second position went to Pixel 7 Pro, and then in third place, it was Asus Zenfone 9.

But other similar devices that really pushed the Apple iPhone 14 Pro aside included the likes of Oppo Find X5 Pro, the Realme 10 Pro+, and also Samsung’s Galaxy S22 Ultra.

On the other hand MKBHD also shared the list of smartphones with the worst average ELO rating. Surprisingly, Sony Xperia 1 IV and Motorola’s Edge 30 Ultra were the losers in this segment. 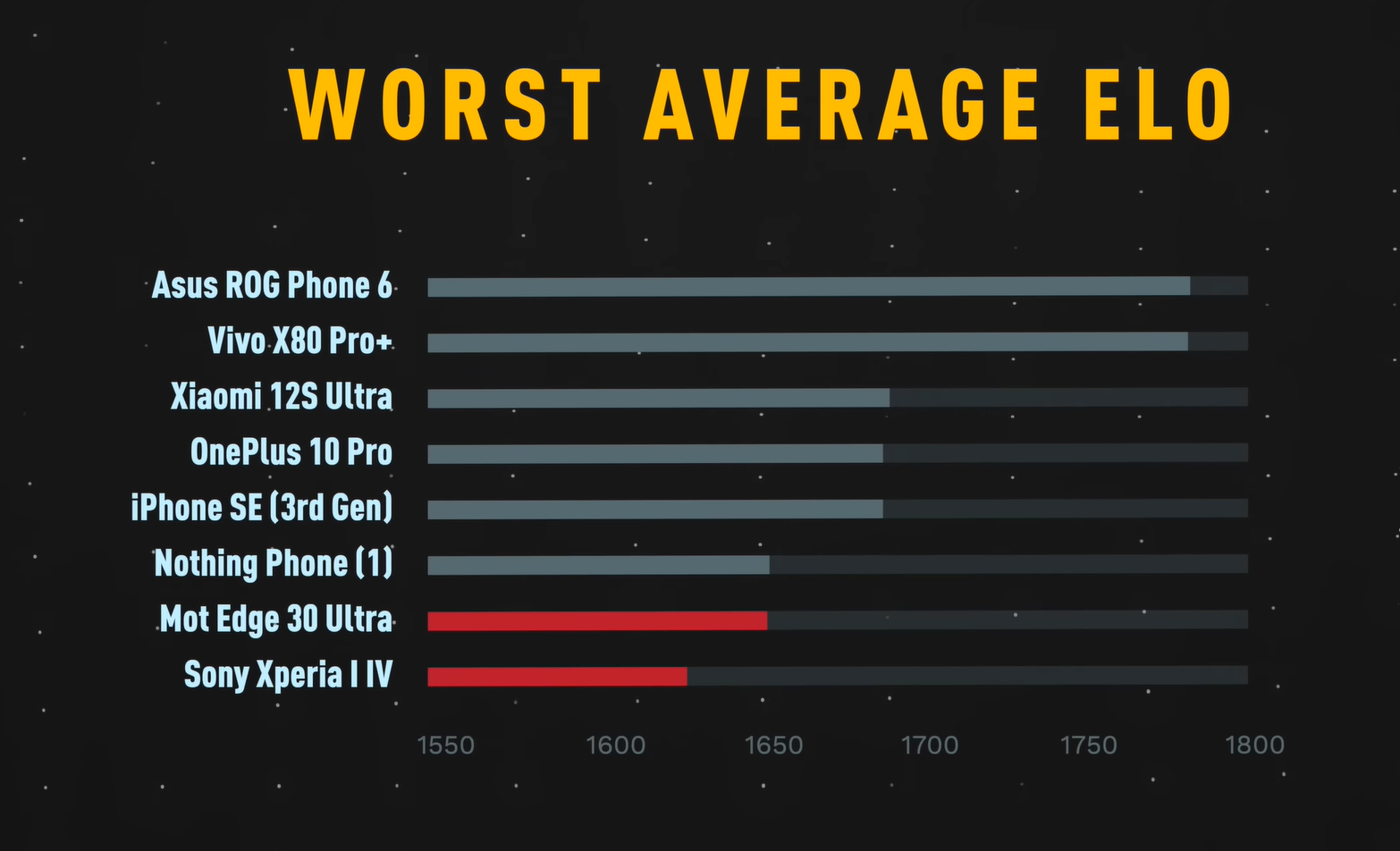 Basically, Marques Brownlee shared two separate rankings when it comes to the best smartphone cameras in 2022! The first one with the overall better camera performance has been listed above while the second one was based on “votes per dollar” which lists the smartphone camera that possess best value for money. And here are the results: 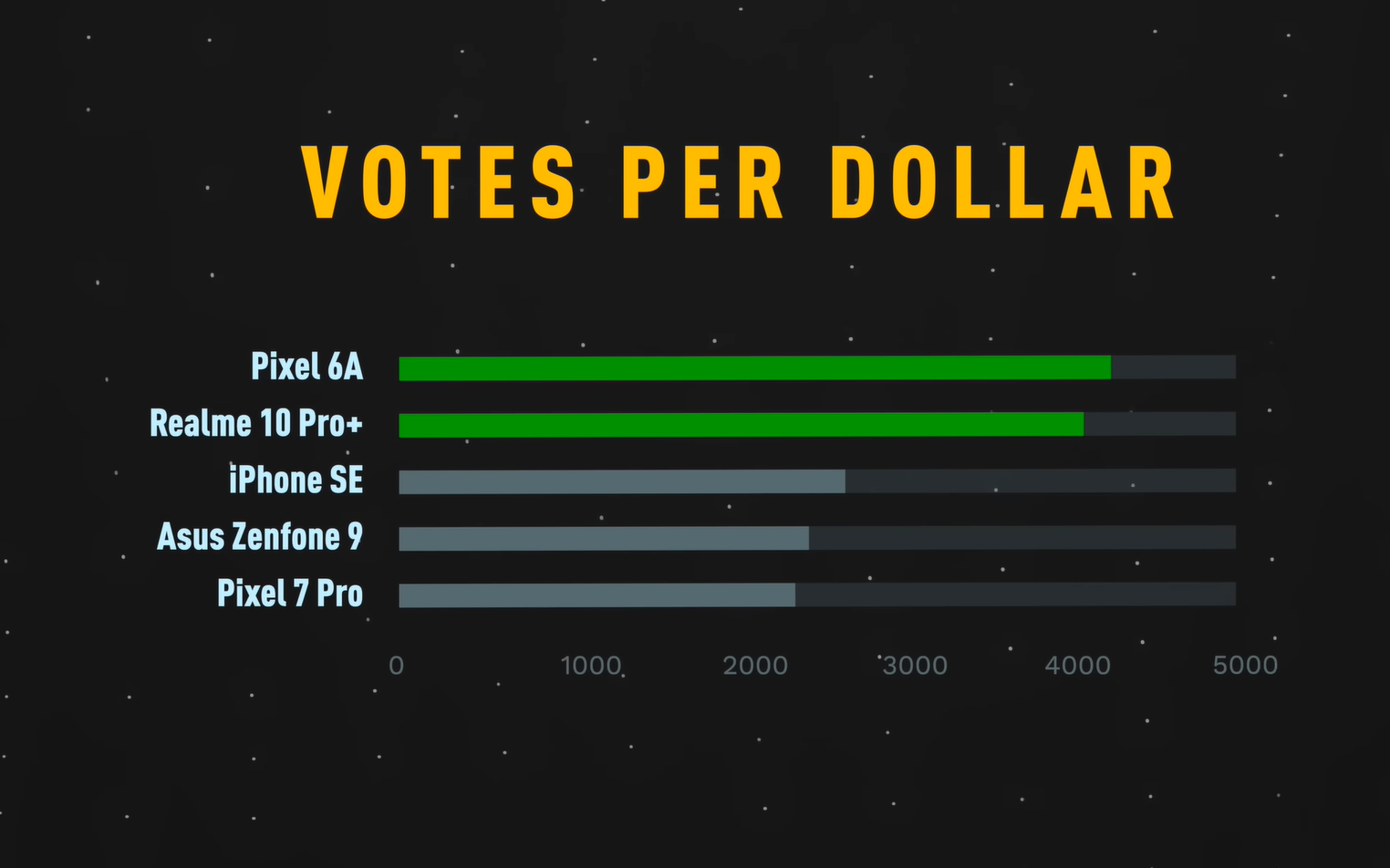 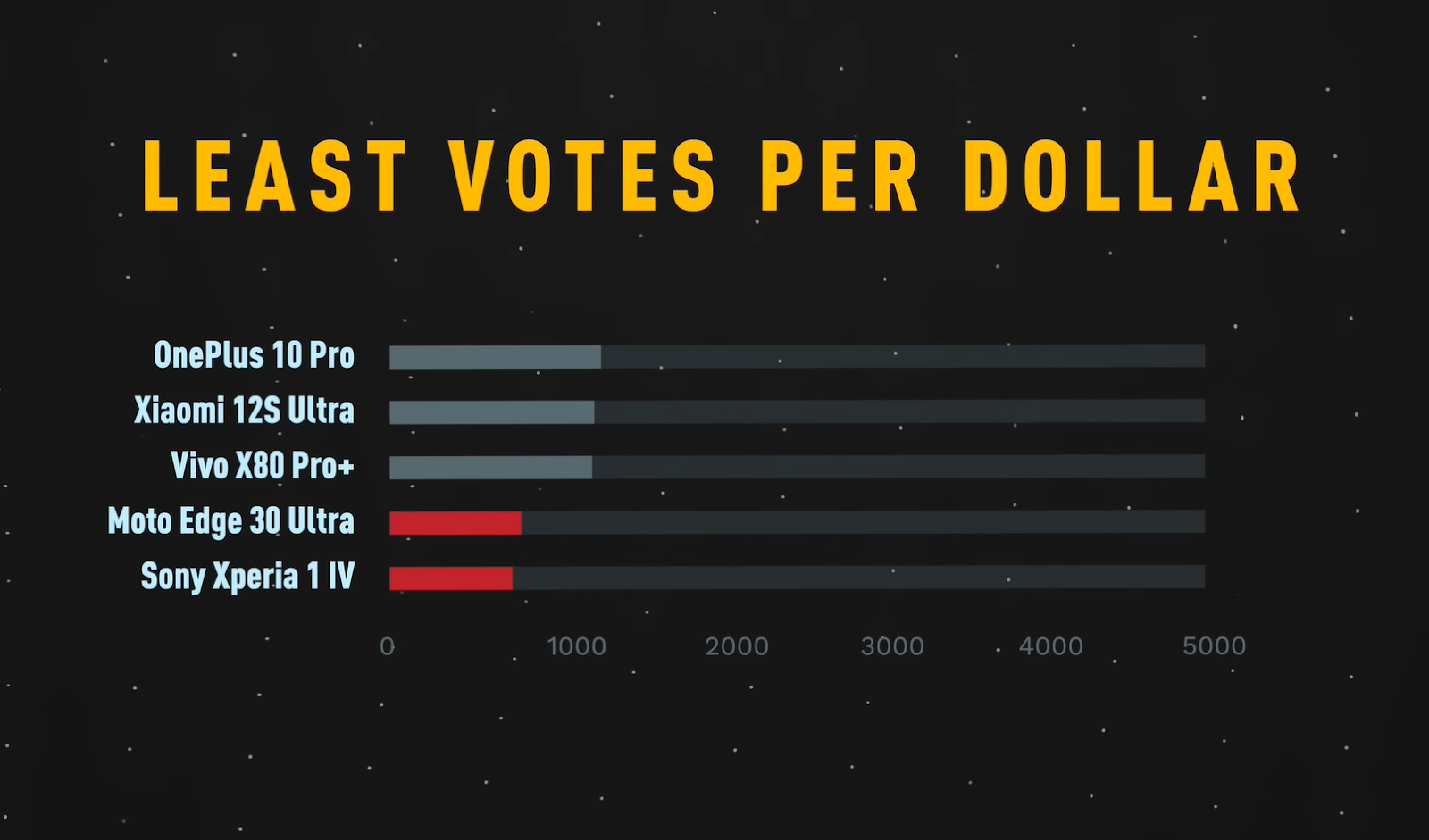 Take a look at the complete video for more insights:

Read next: Which Android Brand Won Out in 2022? 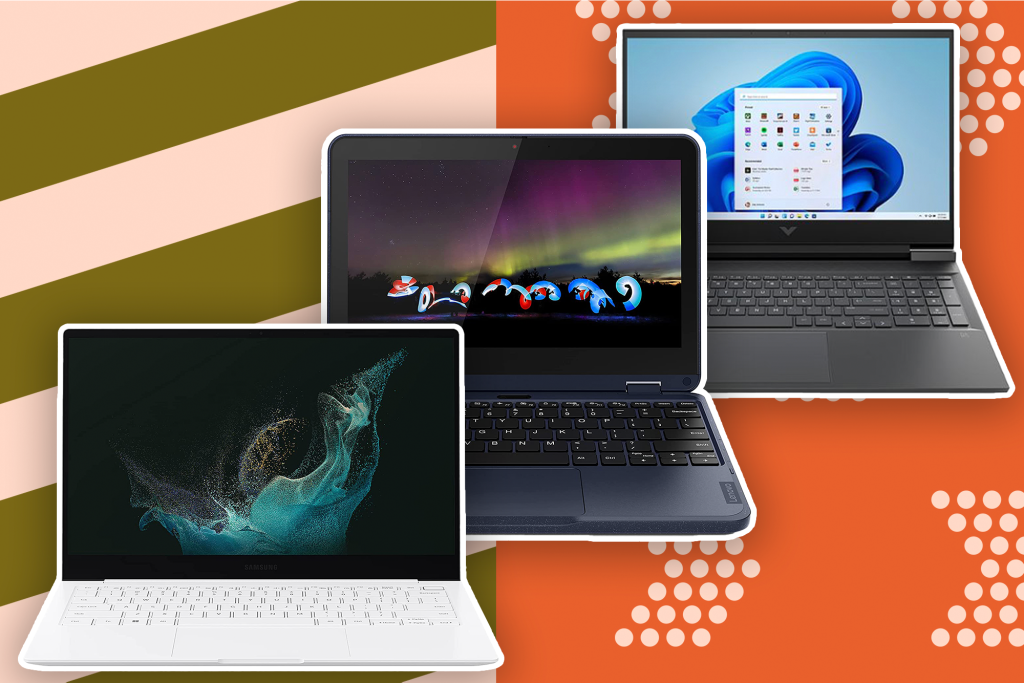