MWC (Mobile World Congress) is a tech show for smartphones and mobile devices first and foremost. But it has also become a hotspot for new laptops from some of the biggest laptop manufacturers in the world.

We tried out a number of the most impressive new devices from MWC 2022 and came away impressed by these four new laptops, all of which should be out sometime later this year.

Samsung launched three new laptops at MWC 2022: The Galaxy Book Pro 2, Galaxy Book Pro 2 360, and Galaxy Book 2 360. Confusing names aside, they appear to be a solid sequel from the original Galaxy Book Pros that came out last year. They have 1080p webcams, new color options, and, of course, the latest Intel 12th-gen processors inside.

While the Pro models are certainly the more premium option, it was actually the cheaper Galaxy Book 2 360 that caught my attention. It doesn’t have the improved webcam, but at $900, it makes for a fairly attractive MacBook Air alternative. It’s one of the cheaper laptops you can buy that comes with an AMOLED screen, which Samsung says can be cranked up to 500 nits of brightness.

The only problem? All three devices still come with 16:9 aspect ratio screens. Samsung might be the only company releasing flagship laptops in that aspect ratio at this point.

We’ve been hearing that Windows on ARM was the future of PCs for many, many years. I won’t claim 2022 is the year that’s all going to change, but the existence of a Qualcomm-powered ThinkPad feels like a good sign.

The ThinkPad X13s is not only the first ARM ThinkPad, but it’s also the first to come with Qualcomm’s new Snapdragon 8cx Gen 3 chip. This new CPU claims to catch up to modern Intel processors in terms of performance while maintaining the excellent battery life, efficiency, and connectivity that ARM chips are known for.

Aside from the surprising internals, the ThinkPad X13s features a few other tricks up its sleeve, including a 5-megapixel camera, up-firing speakers, a very large touchpad, and just a 2.35-pound weight.

The Surface Pro is far from the only 2-in-1 in town these days. The Huawei MateBook E is the latest contender for the crown, and it one-ups the Surface Pro in a couple of important ways. First off, it comes with an OLED screen. While the Surface Pro 8 has its fast 120Hz refresh rate, the average buyer may see a more noticeable difference from OLED. Deep blacks, high contrast, and excellent colors — this is just a fantastic screen.

It also comes with the M Pen, the device’s stylus. Though it doesn’t come bundled, if you opt for the $100 addition, you’ll get an extremely precise pen, which has an even faster response time than Samsung’s own S Pen.

The uptick in interest in Windows as a touch-centric device, of course, is largely thanks to Windows 11. Microsoft continues to bring more and more touch-friendly features to the platform, and it’s great to see more entries in the 2-in-1 category, especially ones as premium as the MateBook E.

The ThinkPad X1 Extreme has been a PC geek’s dream come true for many years now. The legendary and dependable ThinkPad brand stuffed with the power of an XPS 17? That was always the selling point behind this line, and in its fifth generation, the laptop takes things even further.

The first upgrade is a huge bump in graphics performance with the option for the Nvidia RTX 3080 Ti. This is the fastest laptop graphics card you can get, usually reserved for gaming laptops. Between the RTX 3080 Ti and the Intel 12th-gen H-series chips, you have the formula for something with some insane performance potential, especially if you’re a video editor or

Depending on how that performance plays out, the ThinkPad X1 Extreme Gen 5 might end up being the first ThinkPad that can easily double as a powerful gaming laptop. That’s where the second big upgrade comes in — a 165Hz refresh rate screen. That’s a faster screen than some gaming laptops even have! I can’t wait to get this powerhouse laptop in the lab to test myself. If it lives up to its performance promises, it may end up running circles around the M1 Max MacBook Pro. 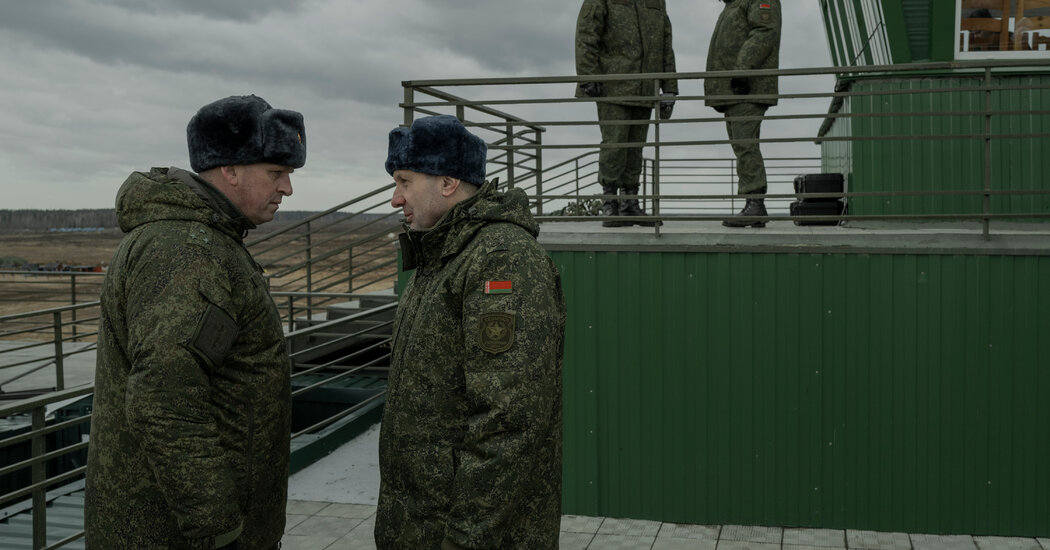 Next post The U.S. extends technology restrictions to Belarus and the Russian oil industry.