Five years after Apple introduced the “notch” screen cutout that generated initial derision and then quickly imitators, the U.S. tech giant once again zigs where others zag with a screen design: a pill-shaped cutout named “Dynamic Island.”

The pill-shaped cutout, by itself, is not new in smartphones—Huawei and Vivo phones in the past have used it. They exist because smartphones need to house front-facing camera components while maintaining slim borders around the screen.

But Apple’s the first company to design a software interface around the cutout to give it the illusion that the cutout can grow in size. This fundamentally goes against what Android brands have been trying to do for years—make the screen cutout as small as possible. Instead, Apple is embracing the cutout and want to draw user attention to it.

It’s a bold move, and the Dynamic Island is also generating much criticism from the usual Android diehard crowd. But I like it, and find it a big improvement over the notch design.

How the Dynamic Island works

Depending on what the iPhone is doing, black pixels will fill around the cutout, making it appear as if the cutout is shifting in size. It could stretch longer, morph into a square box, or a larger bubble that covers almost the top quarter of the screen. Apple’s using these shapes to house user interface information. Play music from Spotify, for example, and you’ll see the album cover art displayed on the island. Start a voice recording memo, and an audio wave bar flows along the island, moving along to each syllable to indicate recording. Navigate with Apple Maps, and you see a constant arrow, pointing in the direction you need to go. With Apple opening up access to the Dynamic Island to third party developers, the possibilities are endless. You’ll probably get airport gate information and even live sports scores in the space in the near future—if you so choose. You can always turn this off if you find the information too distracting.

Personally, I find the island to be a fun, clever way to show us information we need to see. Instead of needing to swipe a panel to see the information, Apple is putting it in constant view next to an area that already has a screen interruption. Seeing the cutout morph in size, or wiggle when I tap it, gives the user interface personality, makes the iPhone feel alive.

Not everyone loves this, as mentioned. Many Android fans or display purists think it’s absurd to voluntarily design software to interrupt the screen even more than needs to be. It’s ultimately all opinions for now, as the Dynamic Island is still in very early days, and doesn’t do enough to fundamentally alter how we use a phone yet. I think Apple will get there.

If you couldn’t careless about whether the screen cutout eats into 2% or 5% of the screen, if you find the heated Dynamic Island debate in tech circles right now to be silly—don’t worry, there are other improvements to the iPhone to still make it a noteworthy device.

The iPhone 14 Pro Max (and its smaller Pro sibling) also gained a new 48-megapixel main camera. This marks the first time Apple has moved beyond standard 12-megapixel cameras in almost a decade. It’s a much needed move, as top Android smartphones have gone the higher megapixel route for a few years already.

Of course, more pixels doesn’t always mean a better camera, but more pixels increases the ceiling of what software algorithms can do, and we’re at a stage in smartphone photography in which software algorithms have gotten very good. Like Android phones, the new iPhone doesn’t really use the 48-megapixel camera to shoot 48-megapixel photos, instead it uses a process called pixel-binning (which combines four pixels data into one) to produce a superior 12-megapixel image.

The improvements are subtle, but the iPhone 14 Pro Max’s main camera shots carry more dynamic range with better details than last generation’s iPhones. Apple also designed a new “Photonic Engine” image processing pipeline to retain more image information at the RAW level (before software trickery could potentially strip data), resulting in photos that not only look better on the phone, but can be edited a bit more easily in software.

Photos captured by the iPhone 14 Pro Max look great most of the time, though I still find Apple’s color science a tad too warm for my taste. I can adjust this later, but generally speaking I prefer how the Google Pixel produces colors better. Also, if we get technical, something like a Xiaomi 12s Ultra with a 1-inch image sensor can still pull in more light and retain more image details without the need to digital sharpen the shot. Long story short—I think the iPhone 14 Pro Max is a great still camera, but I still wouldn’t say it’s the best.

But where the iPhone 14 Pro Max truly shines is in video performance. Apple has always led the pack here, likely because the process of capturing and rendering video consumes a lot more processing power than producing a still photo, so this is where Apple’s superior silicon and hardware-software synergy comes into play. But whatever the case, the iPhone has always had superior video stabilization and better real-time adapting to changing light sources than the best Android phones.

That’s still the case this year, except the videos have better ISO range to excel in lower light, and Apple also introduced a new electronic image stabilization mode named “Action Mode” that provides jaw dropping stabilization. Essentially, Action Mode sees the iPhone crop into the original image and uses machine learning to analyze the footage and stabilize it, and the results are uncanny. Even if I’m sprinting full speed (which you can see in the video below), the video remains mostly stable, looking like it’s floating on a gimbal.

As someone who shoots a lot of videos, the iPhone 14 Pro Max’s new Action Mode is a game-changer, and the biggest camera upgrade to the iPhone this year in my opinion.

Although to be fair, smartphone chips have become so powerful that the difference in power is starting to matter less in real life. Qualcomm’s best chips are still more than powerful enough for 99% of smartphone consumers, even if it falls short to the A16 Bionic in every benchmark test.

Where the iPhone chip’s superiority is noticeable is if you need to perform more intensive tasks involving video. The aforementioned Action Mode is likely so good because of Apple silicon’s ability to process all that data in real time. Likewise, when I export 360 videos (which are typically larger file sizes) captured by the Insta360 cameras, the process is at least three times as fast on the iPhone 14 Pro Max than on the best Android phone. But again, we are talking about a difference of eight seconds vs. 25-30 seconds. It’s not exactly enough of a difference for me to abandon using Android phones altogether and go iPhone full time.

Where chip does bring real-world benefits is that it gives the iPhone 14 Pro Max tremendous battery life, despite the fact the phone has a large, very bright (2,000 nits) screen and screen refresh rate up to 120Hz. Throughout my testing period, I never ran out of battery before a day ended. Even on Sundays, when I am typically out from morning until 10-11 p.m. for a total of 13-14 hours outside, the iPhone 14 Pro Max still finished comfortably (over 20%) of battery. This is almost certainly because the A16 Bionic is so energy efficient, and plays so nicely with Apple hardware, because we know the physical battery size inside the phone isn’t bigger than Android rivals.

The iPhone 14 Pro Max runs on Apple’s iOS 16 and all the usual Apple benefits are here. The software is fast and responsive, and has the best app ecosystem on the planet. It plays very nice with other Apple products like a Mac or Apple Watch or AirPods. There’s more general cohesiveness and synergy between Apple products than there are between Samsung or Xiaomi products.

The first day of testing this iPhone, for example, I was surprised when it automatically connected to the WiFi of a coffee shop I used to frequent, but haven’t visited in two years. But because one of my Apple products connected years ago, the iPhone knew.

With the iPhone 14 series, Apple is introducing “Crash Detection,” which will apparently detect when you’ve been involved in a car accident, and alert emergency services and your assigned close contact within a minute of the incident. Apple says the feature uses a combination of sensors of the iPhone along with Apple software which has been trained from studies of car accidents over the past several years. We have to take Apple’s word on it for now, as I do not plan to test this feature on purpose.

The best iPhone in a while

Those who are familiar with my work may know I am not an Apple loyalist who is fully immersed in Apple’s ecosystem, and I also get to test virtually every top Android phone released, so I’d like to think my reviews of iPhones carry more context.

With that in mind, I think the iPhone 14 Pro series is one of the bigger upgrades in recent memory. It’s definitely a bigger improvement over the 13 Pro series, or the 13 Pros was over the 12 Pros for that matter.

The Dynamic Island will be, in my opinion, a game changer in smartphone UI; the A16 Bionic is so powerful and efficient it’s bordering on overkill and the jump to a more pixel-dense and larger sensor finally gives Apple more hardware chops to process images, which previous iPhones had been falling behind Android rivals.

While I still don’t think the iPhone 14 Pro Max has the best camera for capturing still photos—Samsung’s best phone can zoom much further; Xiaomi’s best phone still has a significantly larger image sensor—it is now competitive enough that it has a strong case as the second or third best camera for still photos. And when we factor in the sizable, gigantic lead iPhones have in videos and portrait photography, I think the iPhone 14 Pro Max’s camera system is arguably the most polished overall.

Factor in the best-in-class eco-system and this is the biggest iPhone upgrade since the 7 to the X. If you’ve been an iPhone user, the iPhone 14 Pro Max is a worthy upgrade as long as the $1,099 starting price isn’t damaging to your finances.

If you’re an Android enthusiast, I’m not sure the new iPhone does enough to win you over yet, but it’s come closer than ever. 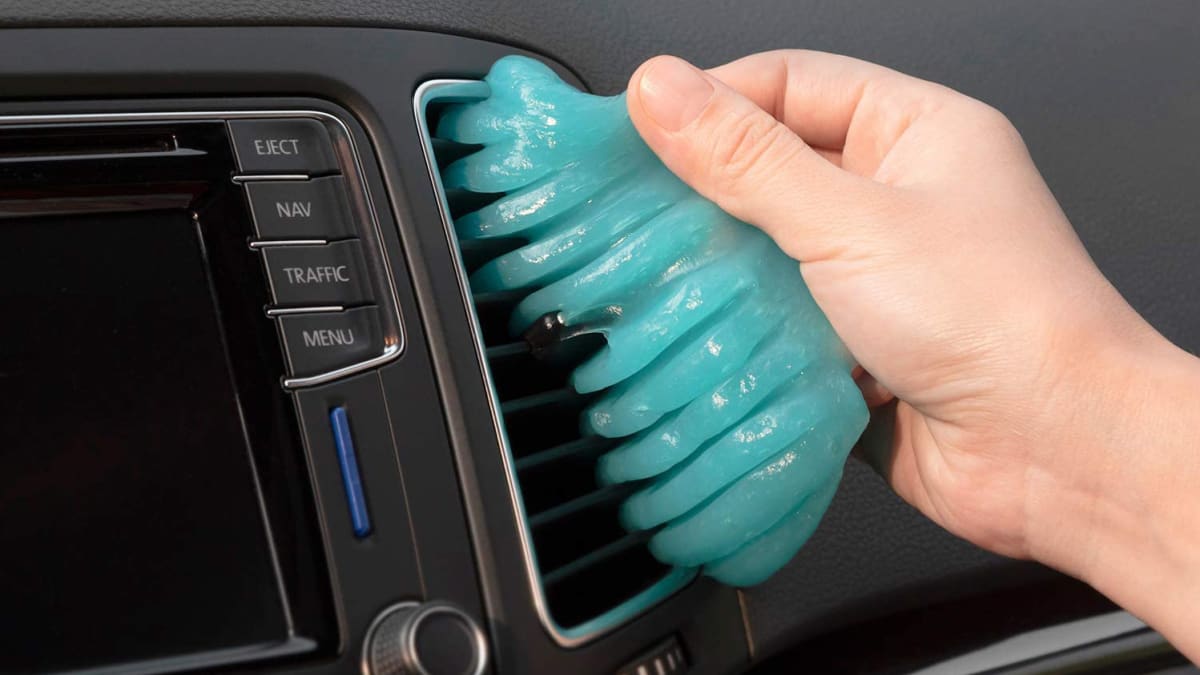 Units of Galaxy foldable smartphones shipped to businesses more than doubled as interest from the financial services community drove higher adoption Samsung Electronics Co. Ltd. today announced the number of Galaxy Z Fold and Galaxy Z Flip smartphones sold for enterprise use has more than doubled year on year. From January to October 2022, the […]

For most parents, figuring out whether to give your child a smartphone can be a challenging task.With many kids now...

These days many daily tasks require a smartphone because of new online payment security checks and the widespread use of...

Studying could be a bore, especially when you have a mountain load of topics to cover. While this is necessary,...