For the last several months, Western observers have watched Russia systematically destroy Ukrainians’ access to electricity, heating and technology by targeting civilian power and communications infrastructure. It is a total war against the Ukrainian people.

Much of this targeted destruction is made possible by Western technology, running on Western-designed devices, core operating systems and networking software. A damning report from the Yermak-McFaul International Working Group on Russian Sanctions reveals that a large part of the technology systems enabling Russia to continue its attacks against civilians comes from Ukraine’s allies.

Companies such as Microsoft, Google, Cloudflare, Oracle, IBM, AutoCAD and others have made public statements announcing that they are “exiting the Russian market” — but simply stopping new sales of equipment without shutting off existing phones and operating systems is wholly insufficient.

Many vendors continue to allow their products to be used to help manage servers, monitor networks, secure data, build artificial intelligence and other capabilities that have clear potential to be co-opted for military purposes. These technologies are critical to Putin’s ability to damage Ukraine’s digital and physical infrastructure.

The time for delicate balance is well past. After 10 months of war, Russians are not rebelling against the Putin regime’s murderous actions, even though the costs are growing ever higher for them. Many are rejoicing in the damage done in Ukraine. There is little hope of making Russians want to stop their aggression. What remains is to hinder their ability to continue.

As Ukrainians face a brutal winter with limited heat and power, even as they work to set up “points of invincibility” to provide refuge for the most vulnerable, the least the West can do is to stop enabling Russian aggression with Western-produced technology.

Block IT services and access to stop further use by the military.

It’s imperative that the West limit Russia’s access to cloud computing resources and cloud-based data, such as commercial satellite imagery and GIS systems, and terminate all licenses and access to IT service providers such as Microsoft, Google (Cloud and Android), SAP, Oracle, IBM, Cisco and dozens of others. It is not possible to identify all potential military-enabling uses of such technologies, so they should be blocked comprehensively. The same goes for manufacturing equipment and industrial technology, provided by Western companies, that are remotely accessible or reliant on international connectivity and communication.

We should prevent access to software and related apparatus for secure digital communications, network monitoring, proxy networks, VPN and other similar services that allow the use of digital resources remotely. This would include blocking access to services such as Cloudflare and access to patches/updates for security vulnerabilities in key network software and operating systems.

Make social platforms more accountable by requiring that data on content consumption by region, language and source be publicly available.

Require social media, digital advertising networks, and content-sharing platforms to perform stringent checks before allowing paid-content sharing and prior to allowing content to reach an audience of more than 10,000 accounts. Any platform distributing news-like content should report on key consumption metrics, so that the reach of pro-Russian versus independent news sources in each region and language can be readily ascertained.

Examples of Russian firms supplying equipment to Western governments and infrastructure persist. Stronger monitoring of these firms is crucial to better protect national security and the West’s industry and technology base. Russian nationals working in related technology areas should be subject to “deemed export” regulations as applied to non-U.S. nationals working on any technology subject to export controls.

Russia will continue to exploit all available channels to carry out its aggression. The first step is to block Western technology from operating in Russia, until attacks on civilians and infrastructure stop, and Russians are held accountable for the committed crimes.

Anastassia Fedyk is an assistant professor at the UC Berkeley Haas School of Business. Yuriy Gorodnichenko is a professor of economics at UC Berkeley. James Hodson is chief executive of AI for Good Foundation. They are co-founders of Economists for Ukraine. 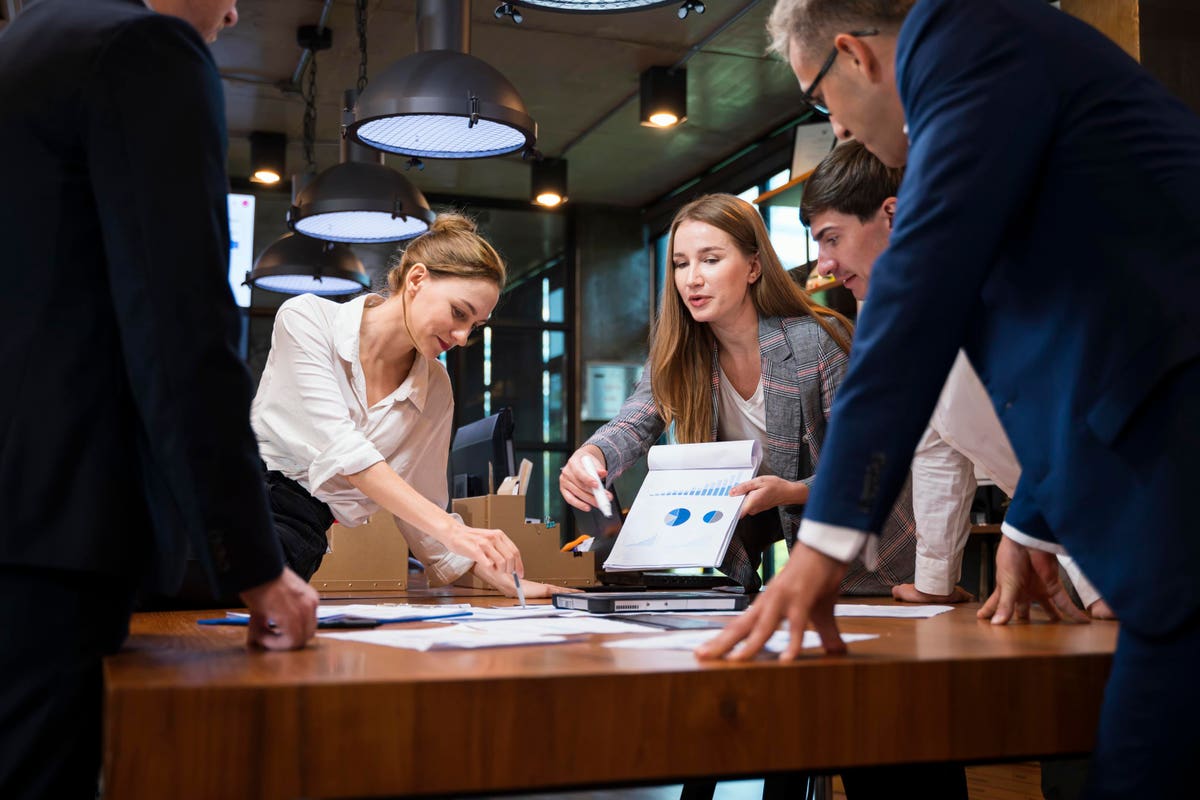