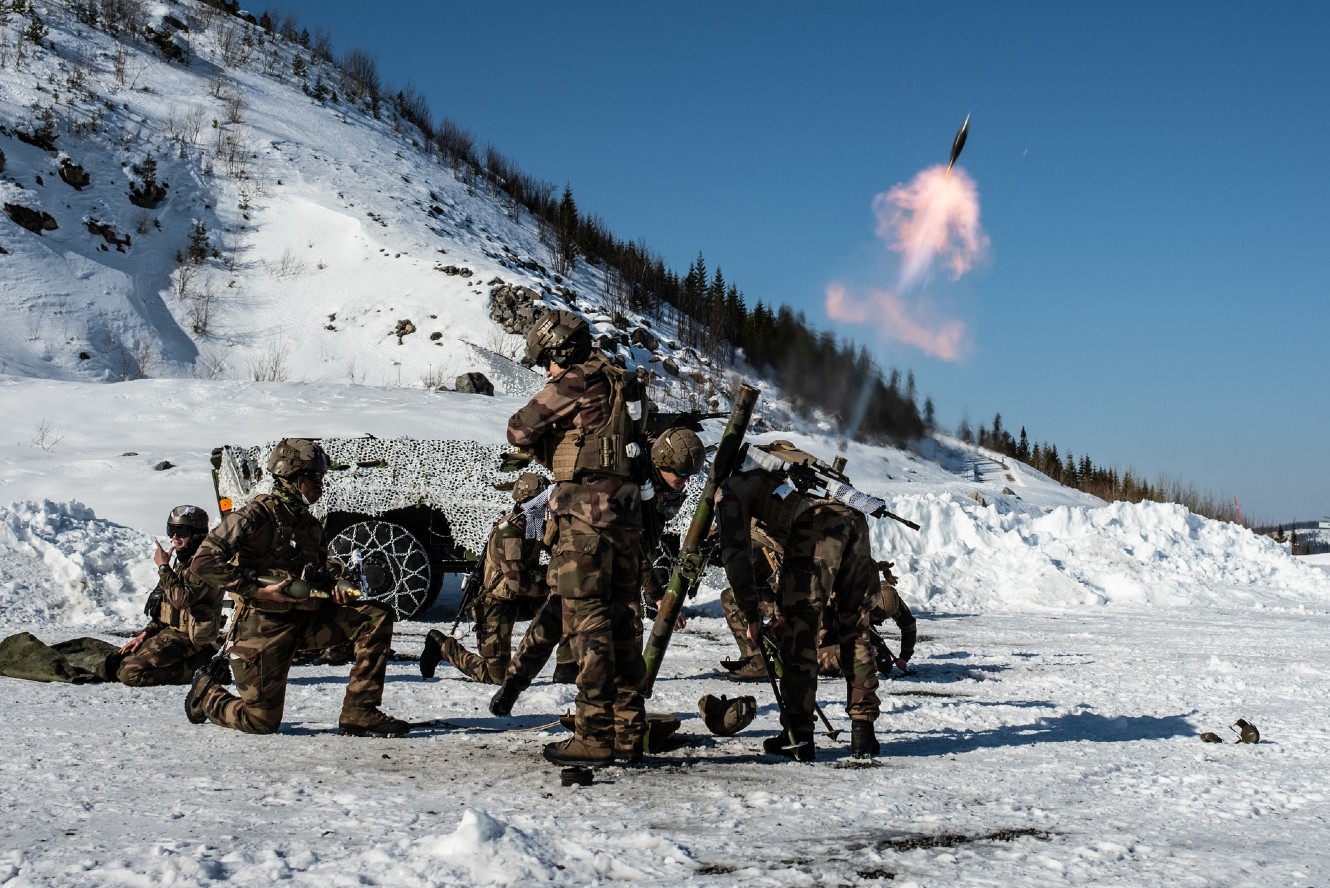 For those of us who study the NATO acquisition process, it is almost impossible to imagine the alliance identifying a requirement and adopting a solution so quickly, no matter how urgent the circumstances. Among the many challenges would be the alliance’s elaborate, consensus-based governing structure, as well as the divergent interests and funding mechanisms among the 30 member states. This is why, in 2016, the International Board of Auditors concluded that NATO struggles to provide commanders with required capabilities on time and estimated that common-funded capabilities required an average of 16 years from development to delivery.

The complexity of modern weapons systems and the challenges of interoperability mean that any active engagement will lead to the identification of new technical requirements for NATO. The alliance needs the processes and structures in place to rapidly identify these requirements and procure solutions. This includes giving commanders the authority to make decisions without the lengthy consensus-building approach that may be reasonable, if slow, in peacetime but is not effective during war.

NATO has previously sought to improve the governance, speed, and efficiency of its capability-delivery process. For example, in 2018 NATO adopted a new governance model for common-funded capabilities. It has undertaken efforts to enhance collaboration between strategic commands (Allied Command Operations in Mons, Belgium and Allied Command Transformation in Norfolk, VA), called for the exploration of alternative acquisition strategies to support technology development, and created the Office of the Chief Information Officer to accelerate the delivery of computer and information systems. Furthermore, in October 2021 NATO launched the first $1.1 billion Innovation Fund, and last month announced the creation of the first ever Defense Innovation Accelerator for the North Atlantic to harness cutting-edge technologies as part of the NATO 2030 agenda.

These are valuable steps, but they do not address the fundamental challenge of rapidly acquiring common capabilities. There are still many residual processes where consensus-based control is inherently prioritized over speed, flexibility, innovation, and the deployment of prototypes at the end of their development phases.

NATO leaders recognize the ongoing challenge. In a recent speech to the North Atlantic Council, the supreme allied commander transformation, Gen. Philippe Lavigne, stressed that one of his key priorities is to ensure the timely delivery of new and critical capabilities, adding that “we need to change the rules and make them work for us, not against us.” But NATO leaders cannot fix this alone — the alliance’s 30 member nations are the ones that will have to agree on the solution. Exploring alternatives and getting the allies to agree on a solution will be difficult. It can happen on a NATO-wide basis, or some subset of member nations can take on the challenge and lead the effort, which may then be adopted by others.

Access to adequate funding is a necessary starting point, and NATO has a track record of funding common capabilities. In 2021, NATO was implementing over 3,000 common-funded projects, worth approximately $17 billion (of which the United States funds about 22 percent). These include providing critical technology that supports the planning and execution of all NATO air operations, and the Air Situation Data Exchange that enhances situational awareness at NATO’s borders with partner nations, including Ukraine.

But the capability-fielding process is still subject to delays, which would be dangerous when addressing needs identified during combat operations. To avoid this, alliance members should commit to providing funds for a rapid-acquisition organization on a preauthorized and discretionary basis, in essence creating a bank account that can be drawn upon when needed. Even if this were a credit line that members committed to, rather than a standing pot of funds, it would limit setbacks caused by the slow and political processes of identifying and appropriating funding.

Ensuring adequate funding is not the only answer. Commanders also need the authority to streamline the identification of urgent needs and a standing mechanism, not an ad hoc approach, that can provide the flexibility and authority to address them. This exists for some alliance members on a national basis. The commander of the Dutch Defense Materiel Organization’s Computer Emergency Response Team, for example, has a pre-authorized budget and the power to expedite acquisitions of up to 500,000 euros for urgent cyber capabilities within 14 days. However, there is no NATO-wide approach.

The U.S. Department of Defense offers a variety of acquisition approaches that NATO could draw from. The United States has a model where the military services are largely responsible for acquiring weapon systems and providing them to the joint force commanders. There are also several Department of Defense organizations that have been stood up to address cross-service challenges. This means that there are both joint department-wide and service-level acquisition organizations procuring materiel to serve as examples.

Over time, the Department of Defense has developed processes to allow requirements identified on the battlefield to be quickly addressed. Different parts of the department have also embarked on different forms of organizational innovation.

One example is the Air Force’s Rapid Capabilities Office, which was formed in 2003 to “expedite important, often classified programs while keeping them on budget.” The office has a unique management structure — it reports to a board of directors that is chaired by the undersecretary of defense for acquisition and sustainment and includes the most senior leaders of the Air Force and the under secretary of defense for research and engineering. These senior leaders can both set priorities for spending and work to find the necessary funding. Furthermore, acquisition experts at the Rapid Capabilities Office are carefully selected to maintain a culture where “lean, agile, and forward-looking technology development” is possible. Along with the Air Force’s new stealth bomber, the B-21 Raider, the office oversees the X-37B Orbital Test Vehicle, “an experimental test program to demonstrate technologies for a reliable, reusable, unmanned space test platform.” The effectiveness of the Rapid Capabilities Office is affirmed by the decision to put these two extremely important programs there rather than within more traditional Air Force acquisition organizations.

Another concept comes from the Defense Innovation Unit, which was designed to work across the Department of Defense to identify and understand critical national security challenges that can be solved with leading-edge commercial technology within 12 to 24 months. The Defense Innovation Unit connects with non-traditional suppliers in innovation hubs, including Silicon Valley, and uses flexible acquisition models to issue contracts in as little as 2 to 3 months. It then publishes a catalog of commercial “solutions” ready for purchase from a range of companies, many of whom are not traditional defense suppliers. These include the Next Gen Explosive Ordnance Disposal Underwater Response Vehicle, a remotely operated underwater vehicle that searches for mines, and Hunt Forward, a set of tools for forward-deployed cyber operations. Although implementation has not always been smooth, the Defense Innovation Unit has nonetheless provided battlefield commanders with a range of innovative solutions that they can turn to.

The Rapid Capabilities Office empowers its leadership to finalize requirements and rapidly commit funding, a crucial component of its success. The Defense Innovation Unit focuses on creating a pipeline of new technologies. And these organizations are not unique. There are others across the services, such as NAVALX, the Army Applications Lab, and AFWERX, that are aimed at adapting innovations from both traditional and non-traditional suppliers. The United Kingdom’s Royal Air Force has its own Rapid Capabilities Office, which has also shown promise.

These U.S. models prove that a bureaucracy as resistant to change as the Department of Defense can still develop new organizational structures and processes. The Dutch and British models show that attempts at organizational innovation are not limited to the Pentagon. NATO may choose to adapt one of these or to develop its own unique approaches. The goal should be to provide its commanders with the flexibility and the authority to “validate requirements” — that is, to formally approve what the warfighter needs to execute the fight — and to make resources available. The decision structure could be a small rotating board of senior leaders, perhaps with time limits for approving or rejecting requirements to force rapid decisions.

NATO also needs a way to connect with industry partners across the alliance, capitalizing on innovations from small businesses and startups using new and flexible contracting mechanisms. The alliance currently lacks the tools to rapidly adopt commercial technologies. Two related policies would help to enhance the ability of new technologies to connect with existing systems. To increase operational effectiveness, NATO should leverage interoperability standards that allow different systems to operate seamlessly in a multi-domain environment. A related approach would be to adopt open systems architecture approaches for NATO weapons. This would provide design information to companies for developing components that could work with existing systems using a “plug and play” approach. Both of these policies would build upon the traditional NATO strength of developing standards while making these standards relevant to innovative companies.

All these process changes and organizational innovations will take effort — and the journey may be slowed by NATO’s consensus-building culture. Transformation takes time, but it only begins when there is a clear case for change. The scale and scope of Russia’s attack on Ukraine provides that case, and the delivery of Starlink provides an example of what could be possible if NATO had a more flexible approach to acquisitions.

Cynthia R. Cook directs the Center for Strategic and International Studies’ Defense-Industrial Initiatives Group, which researches acquisition policy, defense spending, international defense industrial cooperation, and emerging technologies. She formerly spent 25 years at the RAND Corporation, where she worked on and oversaw a wide range of acquisition studies for components across the U.S. Department of Defense, along with the Australian and U.K. defense departments and NATO.

Anna M. Dowd is a senior international security and defense policy expert, an adjunct at the RAND Corporation, and co-founder of the Digital Innovation Engine. From 2014 to 2020, she served as principal officer and head of industry relations at the NATO Communications and Information Agency. Prior to joining NATO, she was a fellow at the European Union Institute for Security Studies in Paris, and served as senior policy officer at the European Defense Agency and senior analyst at the Polish Ministry of Defense.

Next post 7 Biggest Causes Of Stress For Digital Marketers