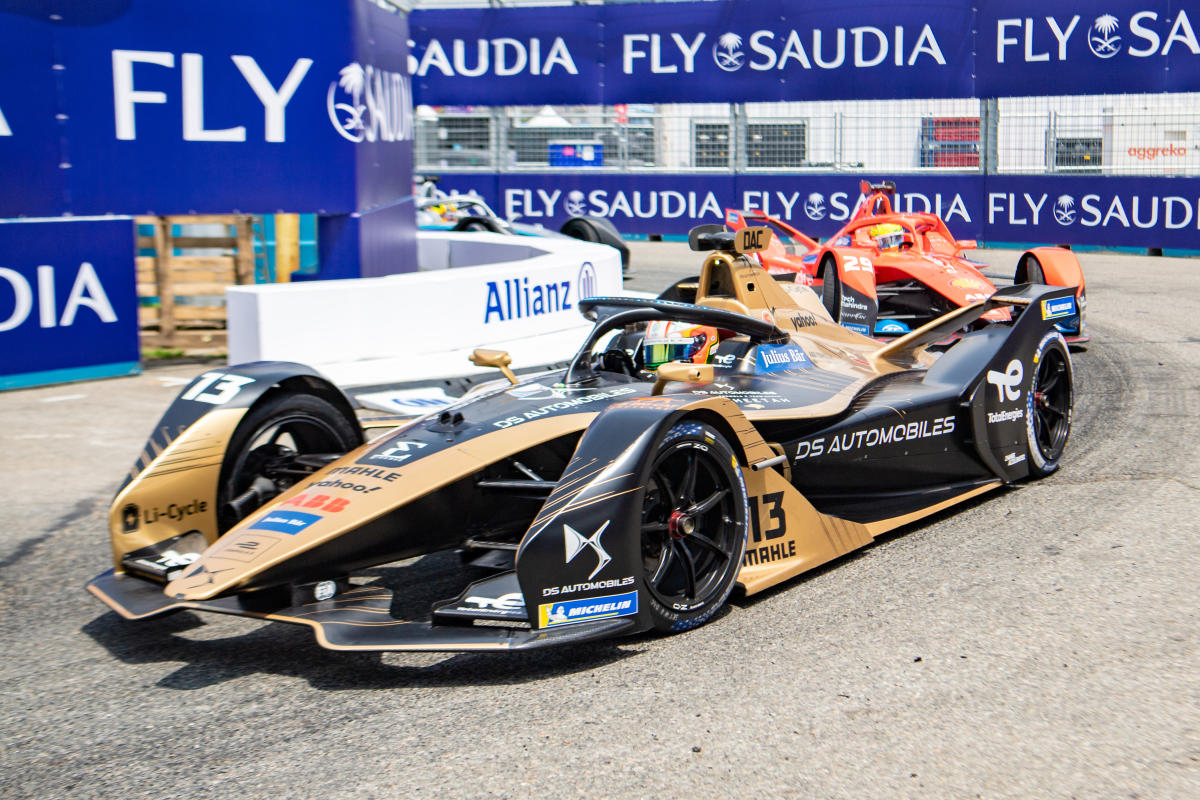 New York City may have seen the best installment yet of the Formula E electric racing series, on the streets of Red Hook, Brooklyn, this past Sunday. During an exciting hour of racing, DS Techeetah driver Antonio Felix da Costa held off Mercedes’s (MBG.DE) Stoffel Vandoorne for most of the race, with a hard-charging Mitch Evans of Jaguar TCS Racing finishing third as he worked his way up the field of closely matched competitors.

Despite an exciting race here in New York City — the fifth time the series has come to the East Coast — the sport at large finds itself at a crossroads.

Though the series counts among its teams a number of big manufacturers, powerhouses like Mercedes-Benz, Audi (VWAGY), BMW (BMWYY), have left the sport. Mercedes is focusing its business on the electrification of its road cars, and Audi and BMW are placing their motorsports bets elsewhere.

Despite those losses, Porsche (PAH3.DE), Nissan (7201.T), DS Automobiles (STLA), Jaguar (TTM), and Nio (NIO) still remain, along with a few smaller “privateer” teams. These outfits ostensibly still see value in electric racing, despite the cost, uncertainty of the sport’s future (the New York race hasn’t been renewed yet for next year), and also being in the shadow of its big brother, the Formula 1 World Championship (FWONK).

Jaguar TCS Racing has been in the sport for a few years now, and is also committing to the sport’s future as the new Gen 3 car debuts next year. A new gen car entails considerable cost and time to get up to speed with a new specification and technology, but for Jaguar and parent Jaguar Land Rover, the cost is justified as the Jaguar brand goes fully electric by mid-decade.

“What we wanted is a platform to not only promote the benefits of electric mobility and the adoption of EVs, but actually, a real-world testbed for the technology,” said James Barclay, Jaguar TCS Team Principal in an interview with Yahoo Finance about Jaguar’s racing efforts. “We are pioneering technologies, pioneering materials, pioneering designs and solutions, all of which are relevant for our future passenger vehicles.”

The “testbed” of racing allows for experimentation to happen on track that then trickles into the road cars that everyday people drive. GKN Automotive, a powertrain company that’s an official technical supplier for Jaguar TCS, finds the racing series an ideal fit for its R&D efforts to maximize efficiency under extreme conditions.

“The beauty of Formula E in contrast to potentially other racing classes is that the design and engineering objectives of a race car pretty much match with the design objectives for a civilian car,” says Dirk Kesselgruber, GKN President of ePowertrain in an interview with Yahoo Finance in the Formula E paddock. “All the work we are doing with Jaguar Racing directly applies to what we can offer to our customers with better e-drive systems.”

Winning on Sunday, selling on Monday

GKN also works with Stellantis, the global automaker, on various products. Stellantis also owns DS Automobiles, the French automaker that’s behind the Formula E team DS Techeetah, one of the most successful teams on the Formula E grid, which also won on Sunday. Starting in 2024, every new model launched by DS will be fully electric.

Jean-Marc Finot is head of Stellantis Motorsport, which manages a whopping 14 brands in racing.

“Motor racing is a technological laboratory to develop new technologies, like high-efficiency electric powertrains, but it’s also a marketing tool,” Finot said in a post-race interview with Yahoo Finance. “[Racing] has to be competitive versus any other marketing tool, like sponsorship, sales, advertising and other marketing activities.”

Stellantis uses various metrics to measure the efficiency and effectiveness of its racing program from a marketing perspective. The costs need to justify the return on investment, Finot said, but winning is also important, and for him, winning in New York is huge.

“It’s a dream,” Finot said, staring at the post-celebration jubilee of the podium where his driver, covered in champagne, just came in first.

“A few years ago when I was coming with the DS brand to New York, people were asking me, ‘What is DS? Are you part of Peugeot? What is Peugeot?,’ I had to explain,” he said. “Now we are Stellantis – Dodge, Jeep, Chrysler, lots of brands – and everyone now knows us, and we are very proud.”

Read the latest financial and business news from Yahoo Finance

Download the Yahoo Finance app for Apple or Android

Next post App Permissions are no longer displayed on Google Play