Nestled among print shops and ceramic studios in the tree-lined art district, Agate Publishing occupies an unassuming storefront at 1328 Greenleaf St. and seems to have found its sweet spot in every sense.

The company, which celebrates its 20th anniversary this October, had $4 million in annual sales last year, employs 24 people and boasts a list of published writers who have earned Pulitzer, National Book, Caldecott and Newbery awards.

Seibold said Agate started during the ‘90s with an idea, a laptop and a cell phone in his 400-square-foot basement. After spending nearly a decade working as a writer and editor for various newspapers, magazines and publishers, his vision began to take shape.

“I had developed this idea of what it would take to make a small publishing company work, not growing to compete with Random House or companies like that, but to become sustainable at a small scale.” Seibold said he never aspired to achieve an “enormous, world-eating size.”

Launched in 2002, Agate began with one imprint, or brand, and now comprises five. Areas of focus include Black American authors, food and cooking, education and training, business coaching and management and midwestern topics and authors. Bolden, the imprint devoted exclusively to Black writers, was the company’s first.

While working at a Black-owned publishing firm years earlier, Seibold said he had observed that major publishing houses were beginning to take notice of Black writers, but most of their attention was focused on writers who had recently emigrated from the Caribbean or Africa, while Black writers whose families had been here for generations continued to go largely unnoticed.

“I felt like they were getting the shortest end of the stick,” said Seibold. “That meant there was all kinds of talent there that was not getting the same kind of opportunity because of this persistent bias on the part of publishers. I thought that meant I’d be able to find better writers in that community than I would have from other communities.” It was a gamble that paid off.

In 2008, Agate published Where the Line Bleeds, a debut novel by Jesmyn Ward, who Seibold calls one of the most honored writers of the 21st century. “I knew that she was phenomenally talented,” he said, “but you can’t predict that someone is going to achieve that level of success.” Ward, who Time Magazine dubbed “the heir to Faulkner,” went on to win the National Book Award twice, becoming the first woman and the first person of color to do so.

Seibold maintains that the exact ingredients that produce a best-seller remain a mystery. “If we knew that, then that’s the only kind of book we’d publish,” he said with a chuckle. “You publish books because you think they’re good, but what makes something a huge, popular success is completely unpredictable.”

The Indian Slow Cooker, in which writer Anupy Singla puts a healthy spin on traditional recipes, is an example of a book whose performance exceeded Seibold’s expectations. He recalled appreciating the novelty of the theme in a field dominated by Italian and French cookbooks. “I thought, ‘we can do something with this.’ It turned out that the audience for this was about 10 times bigger than I thought it would be.” Agate will soon publish Singla’s fourth title, Instant Pot Indian, and Seibold said they have sold more copies of her books than those of any other author.

The company receives between 700 and 800 submissions a year, but typically publishes just 12 titles, so judicious selections are essential. Seibold, whose years of experience allow him to thin the herd most efficiently, is usually the first reader. He peruses about two manuscripts a day, always keeping an eye out for “a possible diamond in the rough or that little nugget in a pan of sand.” Approximately 70 submissions survive the rounds of winnowing and go on to receive serious consideration.

“One of the things that differentiates us from giant publishers,” said Seibold, “is that we just can’t take the giant risks that they take on some books. We can’t afford that. Our books all have to make it. One of the things we don’t do is abandon a book. We have to give every book we publish the best chance of success.”

Fieldwork, a Forager’s Memoir by Michelin-starred chef Iliana Regan, is one of several titles poised for success in the coming year.

Slated for release in January 2023, the book provides an intimate look at living and working in pursuit of harmony in the wild as the author and her wife attempt to establish a culinary destination in Michigan’s often inhospitable Upper Peninsula.

Regan’s previous memoir, Burn the Place, also published by Agate, was long-listed for the National Book Award in 2019, the first food book to receive such an honor since Julia Child and More Company was similarly recognized in 1980.

Also on the horizon for the company next year is a new venture called Agate Publishing Academy, a catalog of six online courses designed to offer practical information for launching a career in the industry.

A vast portion of Agate’s business is in the realm of educational publishing, and the company also has developed extensive training materials to support its thriving internship program. Seibold sees the new endeavor as a natural outgrowth of their efforts.

He notes that for outsiders, the publishing industry is a fortress notoriously difficult to breach. “It’s too much of a black box to most people,” he said. “Too many people feel that people who look like me – old white guys – have kind of a lock on this info.” Seibold is ready with the keys. 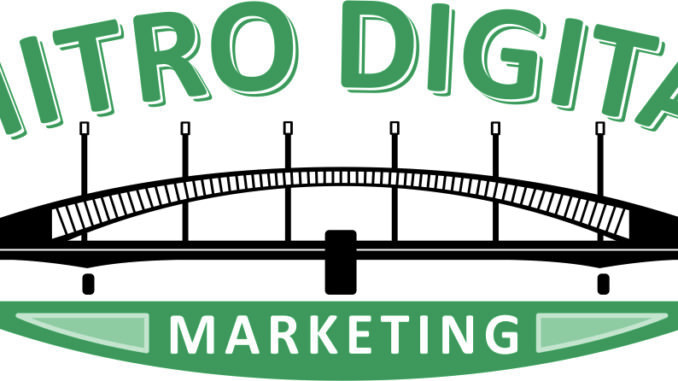 Next post What Is Intel Unison? A New Way to Control Your Smartphone From a Laptop

— Recommendations are independently chosen by Reviewed’s editors. Purchases you make through our links may earn us and our publishing...

Walmart If you're in the market for a new gaming laptop, you won't want to miss this unbeatable deal on...

— Recommendations are independently chosen by Reviewed’s editors. Purchases you make through our links may earn us and our publishing...

If you’re going to be on Zoom meetings for any amount of time, you want your laptop to be positioned...